An education in engineering led to the assembling of Lotus Elan kits to order in the early 1960’s, but it was a visit to a TVR dealership that introduced Martin Lilley to TVRs. Subsequently he bought a Griffith 400 for racing purposes.  Having damaged the car enough to require it to be returned to the factory for repairs, and his father Arthur Lilley having just acquired some shares in Grantura Engineering, the company then promptly went into liquidation!  Deciding not to just give up on the car, or the investment, Martin Lilley and his father acquired the remnants of Grantura Engineering in November 1965, renamed it TVR Engineering, and within three difficult years had turned the business back into a profit making company.

After two years of declining production numbers for the existing range, the Vixen was launched in 1967 to sit beside the Tuscan V8, which had been developed to replace the Griffith.

In late 1970 the move from Hoo Hill to Bristol Avenue took place, and the extra space was much needed as output had now risen to between five and eight cars per week.  To create publicity for the company, nude models posed on the TVR stands at the 1970 and 1971 British International Motor Show at Earls Court, creating quite a commotion!

Following the Vixen series of cars, TVR launched the M series in 1972, which in turn led to the Taimar and S series.  In early 1975 a fire at the factory seriously disrupted production and whilst the dedicated TVR staff did their utmost to restore production, this fire affected factory output considerably.

With a dramatic change in styling the Tasmin was launched in 1980 to mixed reviews and disappointing sales.

American exports had been playing an important role in the finances of TVR for many years but with costs rising, increasing emission controls and a recession in the UK, Martin Lillley found TVR back in financial trouble, and so in late 1981 he sold control of the company to Peter Wheeler. 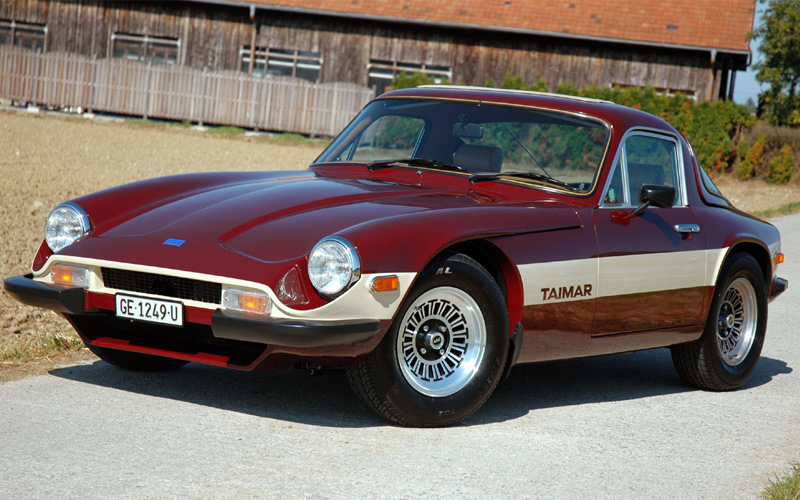